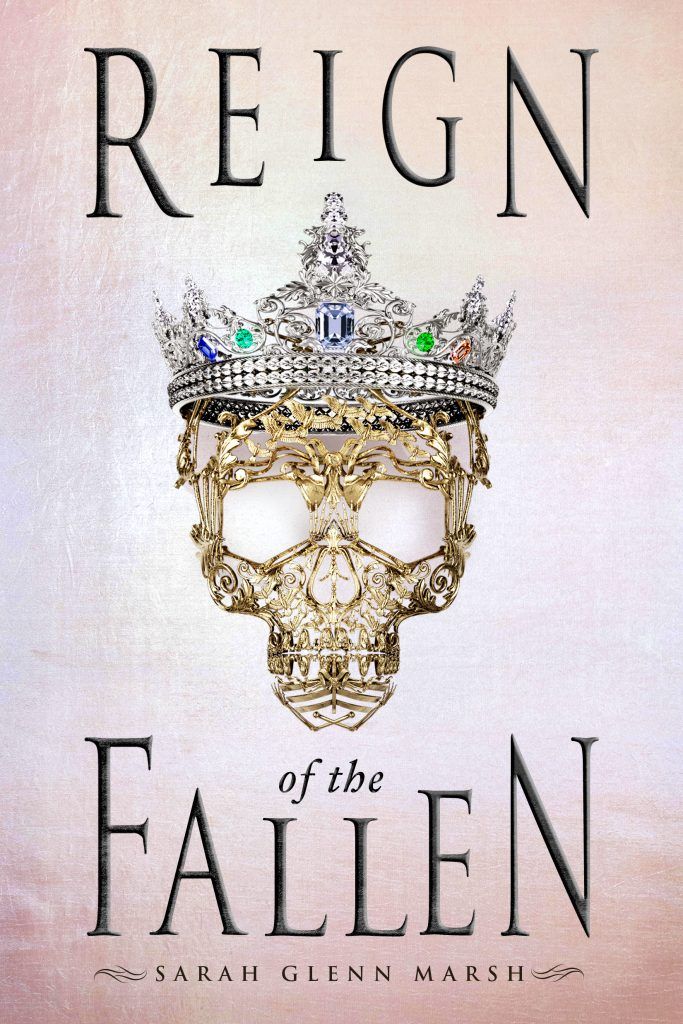 REIGN OF THE FALLEN

An LGBT fantasy series that follows a talented necromancer who must face down a deadly nemesis who has learned how to turn her magic into a weapon.

Odessa is one of Karthia’s master necromancers, catering to the kingdom’s ruling Dead. Whenever a noble dies, it’s Odessa’s job to raise them by retrieving their souls from a dreamy and dangerous shadow world called the Deadlands. But there is a cost to being raised–the Dead must remain shrouded, or risk transforming into zombie-like monsters known as Shades. If even a hint of flesh is exposed, the grotesque transformation will begin.

A dramatic uptick in Shade attacks raises suspicions and fears among Odessa’s necromancer community. Soon a crushing loss of one of their own reveals a disturbing conspiracy: someone is intentionally creating Shades by tearing shrouds from the Dead–and training them to attack. Odessa is faced with a terrifying question: What if her necromancer’s magic is the weapon that brings Karthia to its knees?

A lavish fantasy with a surprising and breathtaking LGBT romance at its core, Reign of the Fallen is a gutsy, unpredictable read that will grab readers by the throat and never let go…. 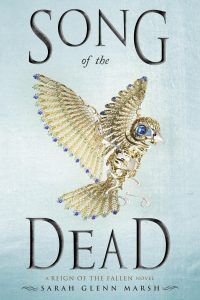 SONG OF THE DEAD (Reign of the Fallen #2)

The Dead will rise again.

Karthia is nothing like it used to be. The kingdom’s borders are open for the first time in nearly three hundred years, and raising the dead has been outlawed. Odessa is determined to explore the world beyond Karthia’s waters, hoping to heal a heart broken in more ways than she can count. But with Meredy joining the ocean voyage, vanquishing her sorrow will be a difficult task.

Despite the daily reminder of the history they share, Odessa and Meredy are fascinated when their journey takes them to a land where the Dead rule the night and dragons roam the streets. Odessa can’t help being mesmerized by the new magic–and by the girl at her side. But just as she and Meredy are beginning to explore the new world, a terrifying development in Karthia summons them home at once.

Growing political unrest on top of threats from foreign invaders means Odessa and Meredy are thrust back into the lives they tried to leave behind while specters from their past haunt their tenuous relationship. Gathering a force big enough to ward off enemies seems impossible, until one of Queen Valoria’s mages creates a weapon that could make them invincible. As danger continues to mount inside the palace, Odessa fears that without the Dead, even the greatest invention won’t be enough to save their fates.

In this enthralling, heartrending sequel to Reign of the Fallen, Odessa faces the fight of her life as the boundaries between the Dead and the living are challenged in a way more gruesome than ever before. 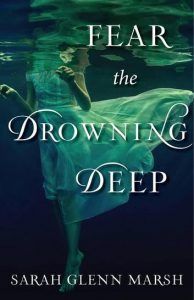 Some secrets are better left at the bottom of the ocean.

Sixteen-year-old Bridey Corkill longs to leave her small island and see the world; the farther from the sea, the better. When Bridey was young, she witnessed something lure her granddad off a cliff and into a watery grave with a smile on his face. Now, in 1913, those haunting memories are dredged to the surface when a young woman is found drowned on the beach. Bridey suspects that whatever compelled her Granddad to leap has made its return to the Isle of Man.

Soon, people in Bridey’s idyllic village begin vanishing, and she finds an injured boy on the shore—an outsider who can’t remember who he is or where he’s from. Bridey’s family takes him in so he can rest and heal. In exchange for saving his life, he teaches Bridey how to master her fear of the water—stealing her heart in the process.

But something sinister is lurking in the deep, and Bridey must gather her courage to figure out who—or what—is plaguing her village, and find a way to stop it before she loses everyone she loves. 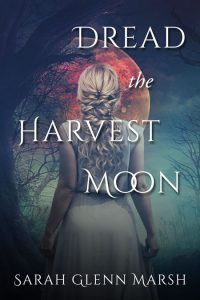 Seventeen-year-old barmaid Liss Corkill always follows rules. She’s never cursed or kissed a boy, and until two years ago, when a mythical serpent kidnapped her, she was never late to anything. She knows that if she were like her free-spirited older sister Bridey who sailed to America just before the Great War, her mother would be devastated. Liss is determined to be what everyone expects, even if that means giving up her dreams.

When Liss accidentally interferes in a fairy queen’s quest for true love, she’s pulled into the vast and dangerous world of Un-Mann, a magical realm as old as the Isle of Man itself. As punishment for her mistake, Liss must complete three tasks for the queen by the night of the Great Harvest Moonlight, the fairies’ biggest yearly celebration.

Liss’s attempts to complete her tasks are met with constant misfortune, as if someone doesn’t want her to win. But she has powerful friends: the town witch, Morag, and her sister’s best friend, Cat, who she’s secretly falling for as they hunt sea monsters by night to protect their home. Sensing a need for inspiration as the final gruesome task draws near, the queen marks Liss’s little sister for death unless Liss succeeds.

Her sister. Her town. Her dreams. If she can’t own who she is and make some new rules, Liss will lose it all. 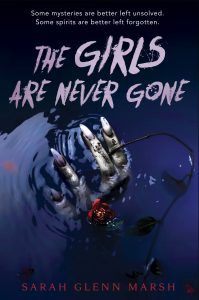 THE GIRLS ARE NEVER GONE

The Conjuring meets Sadie when seventeen-year-old podcaster Dare takes an internship in a haunted house and finds herself in a life-or-death struggle against an evil spirit.

Seventeen-year-old Dare Chase is the star of a popular ghost-hunting YouTube channel–or she was, until her boyfriend and channel co-creator dumps her right after junior year. Dare’s determined to prove she can find success on her own, and thanks to a tip from a fan, she knows just where to start: the Arrington Estate.

Arrington is known for its dark past, notably the mysterious death of Atheleen Bell, a teenager who drowned in the lake thirty years prior–and whose body was inexplicably skeletal when it was recovered only hours after her death. Along with the rumors of ghosts on the premises, this is the perfect subject for Dare’s new paranormal investigative podcast.

Dare herself doesn’t believe in ghosts, but she can’t shake the feeling that there’s something more to Atheleen’s death, so she accepts an internship working to turn the old house into a museum. As she digs deeper into the mystery with the help of Quinn, the new homeowner’s daughter, and as her podcast gets more popular, it becomes clear that someone–or something–doesn’t want Dare getting too close to the truth. Soon, Dare will have to reckon with the possibility that ghosts could be more real than she thinks. Because there’s something lurking in the lake…and it hasn’t finished with her yet.

Check out my YA horror short, “The Wild Hunt,” in this fun and spooky anthology!

*It’s crucial to support local bookstores: Fountain Books and Chop Suey Books in Richmond, Virginia, One More Page Books in Arlington, Virginia, and Bards’ Alley Bookshop in Vienna, VA can get you signed copies of any of my books, and many more of your next favorite reads. Check them out today!

Check out Sarah’s PB work, too!